COVID-19, Equity, In the Community

Nebraska women lost $10,264 to the wage gap last year. That would have been enough to pay for nearly a year of rent. Each year, this disparity is brought to light with Equal Pay Day.

Equal Pay Day shows how far into the new year women must work to earn what men did the previous year.

We track the gender pay gap in The Landscape, our community indicator project, and we have prioritized supporting workforce and economic opportunity in our new Community Resilience Fund as COVID-19 and the resulting recession have exacerbated longstanding racial and gender inequities in the U.S. economy and threaten to widen these gaps.

Women of all races working full-time, year-round earn just 82 cents for every dollar men make, according to the most recent U.S. Census Bureau data from 2018. In our community, women are paid 81 cents on the dollar.

This adds up over time, and the pay gap is more significant for all women of color in Nebraska. 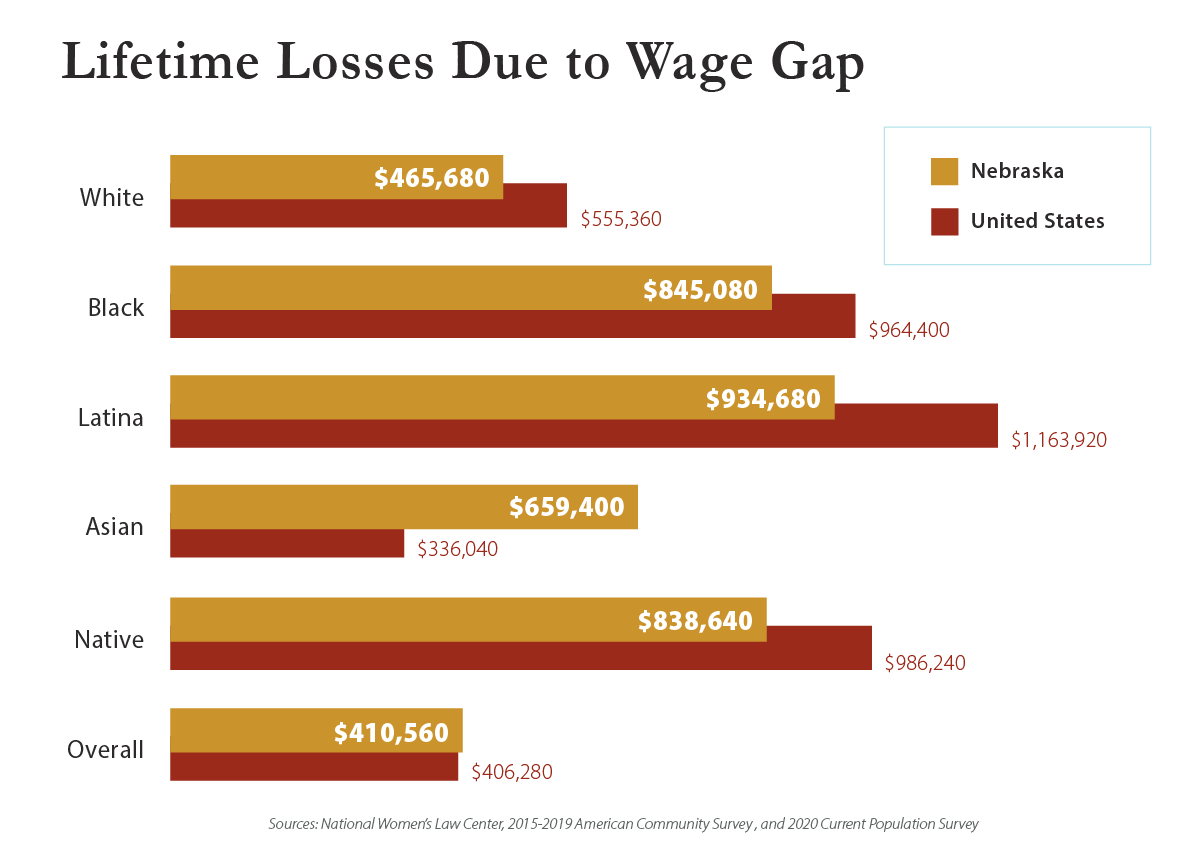 The National Committee on Pay Equity launched the Equal Pay Day initiative in 1996 to raise awareness about the gender pay gap. Since then, dates have been added to recognize that most women of color and mothers face a wider gap.

The TIME’S UP Foundation, which is dedicated to safe, fair, and dignified work for women, outlined three main factors driving the pay gap:

Economic crises—like the one we are experiencing with the global pandemic—hit women harder for these reasons.

Before COVID-19, nearly half of all working women—46% or 28 million—worked in jobs paying low wages, with median earnings of only $10.93 per hour. Since February 2020, more than 2.3 million women have dropped out of the workforce, compared with 1.8 million men. A Bipartisan Policy Center survey found that nearly one quarter of these women did so to manage caregiving responsibilities.

Recovery efforts must reach women in the workforce and create more equitable economic opportunities to close the gap.

Be a part of our efforts for a just, equitable recovery.

The Crawford County Community Foundation is pleased to announce that grants totaling $103,840 were awarded to Crawford County nonprofit organizations and community projects as part of its spring grant cycle. […]