When the arts are accessible and reflect all people and cultures in a community, they can be a gateway for improved educational and social outcomes, as well as a primary ingredient in creating healthy, connected neighborhoods. For a region of our size, Omaha-Council Bluffs has an engaged arts and culture scene that offers world-class museums, music, and art. However, not all members of the community can access the arts here.

While Douglas County has the highest representation of arts organizations in the region, we do not have an understanding of how accessible these organizations are to lower-income residents.

The Omaha-Council Bluffs area significantly lags in the number of existing arts and culture organizations when compared to other cities.

Our metro’s per capita number of arts organizations rate is much lower than similar-sized peer or aspirational cities. Minneapolis, Austin, and Lincoln all have higher per capita rates.

Funding for the Arts

We are losing creative jobs but seeing a gain in earnings for creative professionals.

Recently, the area experienced a 4% loss in the number of creative jobs. At the same time, there was a 6% gain in industry earnings. Reasons for industry job losses include a lack of affordable and accessible space for artists and creatives to work and sell their crafts. Additionally, because the Omaha-Council Bluffs area has no Master of Fine Arts program, many creatives leave to pursue additional training opportunities elsewhere.

Our region has fewer creative jobs than cities similar in size. 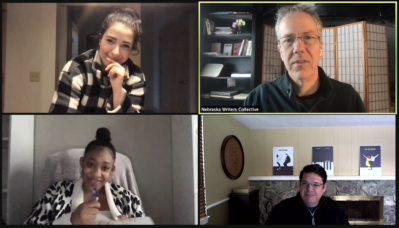 Why the Arts Matter in Nebraska