The fall of Kabul and the withdrawal of U.S. troops from Afghanistan in August 2021 set in motion the large-scale evacuation of vulnerable Afghans, especially those with Special Immigrant Visas (SIV) who worked with the United States military. Having been evacuated as humanitarian paroles, these new arrivals to the U.S. have received an overwhelmingly welcoming response from the Omaha-Council Bluffs community.

Because of the lower cost of living, Midwestern states have received many refugees, especially those with larger families and no family connections in the U.S. To date, about 850 Afghans have been resettled in Nebraska with an anticipated 900 more coming by February 2022. Additionally, about 200 have been resettled in or near Council Bluffs, Iowa.

Lutheran Family Services of Nebraska and Refugee Empowerment Center are our region’s resettlement agencies responsible for getting Afghan families the housing and support they need during their first 90 days and beyond. Restoring Dignity provides additional support and education for families as they settle into a new culture, new country, and new life. 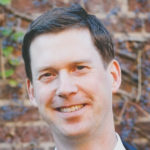 Historically, Nebraska has been a welcoming state to refugees. Since 2016, Nebraska has resettled more people per capita than any other state in the country, according to Matthew Martin, associate vice president of community services at Lutheran Families Services.

“Nebraska has employers, faith communities, a nice standard of living compared to other places in the country, relatively good resources, and a vibrant philanthropic community that is very active,” Martin said.

The Afghan Experience Differs from the Norm

Nonprofits in Omaha have noticed a difference in the Afghan people who are arriving in Omaha today as compared to the “normal” refugee experience. Refugees always come from war, famine, natural disasters, genocide, and other life-threatening circumstances. But typically, refugees are stuck in camps for a significant length of time—sometimes years or even decades—before being relocated to the U.S. These long waits are a hardship, but it also gives people time to accept the fact of their relocation and their feelings about it.

“Different cultures have very different feelings about therapy, behavioral health, and the appropriateness of that. We are working to bridge some of those gaps.”
Matthew Martin, associate vice president of community services at Lutheran Family Services

Now, however, those from Afghanistan are coming from an airlift out of Kabul, which happened two or three months ago. Most Afghans have close-knit extended families and those who got out have family members who remained in Afghanistan. They are dealing with their own shock of relocation while receiving real-time information from the family members they left behind.

“In addition to all the trauma they’ve experienced personally, they are concerned about their families on a minute-to-minute basis,” Martin said.

From finding housing and employment to learning English to getting around town to accessing culturally appropriate mental health resources, immigrants face many challenges when they arrive.

Safe, affordable housing is an urgent need throughout Nebraska, a reality that Afghan arrivals experience as soon as they arrive. Nonprofits report housing to be the biggest barrier to getting people settled right now.

“Affordable housing has been an issue in Nebraska for the last 30 years,” Martin said. “It’s difficult to find decent affordable housing in places that have support systems like schools, employers, public transportation, and an active civic life so we can set people up for success.” 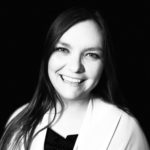 Hannah Wyble, the founder, and executive director of Restoring Dignity sees this issue, too.

The trauma experienced by refugees cannot be underestimated or overlooked. For this reason, Lutheran Family Services has a large behavioral health program being offered to Afghan arrivals in a culturally competent way.

“Different cultures have very different feelings about therapy, behavioral health, and the appropriateness of that,” Martin said. “We are working to bridge some of those gaps.”

Wyble noted that if trauma is not addressed it will be passed on.

“These kids do really well, they go to high school and college, but they still carry that trauma,” she said. “Until it can be healed the generational trauma isn’t going to end.”

Education and Accompaniment Will Be Key

Long-term, English Language Learning (ELL) services and other education programs will avail newcomers to the jobs they want. Many newly settled folks start off working in meatpacking plants.

“Some people love working in a factory and like the routine work,” Wyble said. “But there are a lot of people who were teachers, artists, musicians, nurses, and doctors who now have a language barrier and a certificate that doesn’t transfer.”

On top of learning English and new job skills, there are hundreds of changes to which immigrants will have to adapt. Even taking care of a home in the U.S. is vastly different than where the new arrivals have come from. Restoring Dignity has family educators who go to new immigrants’ homes and teach them how to acclimate to things as complicated as accessing public services to seemingly simple things like installing and maintaining fire and carbon monoxide detectors in their homes.

“There needs to be community-wide education about the refugee experience… We want to treat people the same as if it happened to us.”
Hannah Wyble, founder and executive director of Restoring Dignity

Wyble said that many people in refugee camps cook their food over an open fire. Upon arriving in the U.S., they may try to do that in their new apartment, not realizing the dangers of carbon monoxide poisoning in a small, enclosed space. Another common education topic is teaching refugees to use U.S. cleaning products in their homes. Family educators are former refugees themselves and can easily remember the things they had to learn about safety, cleaning, and getting around the U.S. 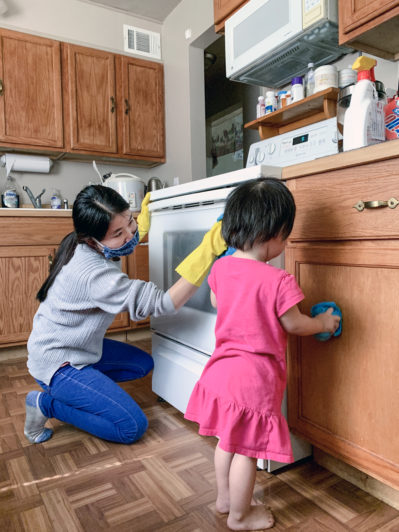 “There needs to be community-wide education about the refugee experience,” Wyble said. “It would be helpful for nonprofits to go through diversity, equity, and inclusion (DEI) training and Afghan cultural training.”

She shared the story of a man with a Special Immigrant Visa (SIV) from Afghanistan. Culturally, people from Afghanistan take off their shoes before entering the home, and this man’s neighbors kept stealing shoes from outside his apartment.

“They’d steal one shoe and the run yelling, ‘Terrorist!’ at a man who had put his life on the line working with American soldiers,” Wyble said. “He is a hero, but he is being treated like a terrorist. I would hate for the same thing to happen to these families, but I anticipate it might. That is traumatizing on top of everything else they have experienced.”

Local Nonprofits Are Stretched Beyond Capacity

The U.S. government responded to the current crisis remarkably fast and with a lot of flexibility since there are so many complications and the situation is continually evolving. Local nonprofits are stretched beyond their capacity to meet the needs.

“In a normal world, we get plenty of notice before refugees arrive, and we get detailed information about the family,” Martin said. “Then we have weeks to look for a three-bedroom apartment in a certain neighborhood. We already know the professional background of those coming so we can start talking to potential employers. Now, we find out 48 hours before they arrive, and we do not have any detailed information about them.”

Local organizations say they are working to hire more staff, find more partners, and expand their organizational structure to support the overwhelming needs.

“We’ve had to pull back the reigns a bit,” Martin said. “We need to build capacity and once we build capacity, we can open up the floodgates.”

Community Response Has Been Overwhelming

“As an organization, I don’t think we’ve ever seen this type of support for the work we are doing,” Wyble said. “I have found Omaha is very welcoming and very open to stepping up. It’s nice to have that kind of community support working in refugee services.”

Hundreds of local volunteers have been setting up homes, arranging transportation, and offering accompaniment to new arrivals. The region has seen an overwhelming outpouring of physical and monetary support to Afghan refugees. Still, it’s estimated that 500 additional volunteers will be needed to accommodate those who will continue to arrive between now and February 2022.

From those who have lived in our community for a while, Wyble asked for compassion.

“People who come here are just like you and me,” she said. “They just went through a horrible experience in their home country that forced them to flee. If something horrible happened in America, every single one of us would be a refugee. We want to treat people the same as if it happened to us. What would I want people to do for me if I was a refugee? If we have that mentality, I think we’ll be just fine.”

3 Ways to Show Your Support

As 2021 draws to a close, we know that you are navigating the general uncertainty of potential tax reform. With all that you are juggling, we understand that philanthropic planning […]